With its high-risk, high-reward culture, a venture capital firm may not seem like a likely advocate for mental health at work. Dasha Maggio, Partner and Head of Founder Success at Felicis Ventures, says otherwise: “As investors, we place a big expectation on founders to create world-changing ideas and disruptive companies. But largely as an industry, we don't do enough to support the people actually building these companies through the journey.”

Did you know that only naming "stress" and "wellness" without using mental health language can further increase stigma? Learn more.

A study by UCSF researcher Michael Freeman found that entrepreneurs are nearly 50% more likely than others to report having a mental health condition in their lifetime. To meet this largely unaddressed need, Maggio helped to launch an initiative called the Founder Development Pledge. It commits 1% on top of every invested dollar for founders to use on therapy and coaching.

Founders aren’t the only ones affected by mental health—60% of U.S. employees experience symptoms of a mental health condition every year. Several business leaders joined Maggio to discuss their own companies’ innovative approaches to supporting their employees’ mental health at Mind Share Partners’ Mental Health at Work 2019 Conference earlier this year.

An Approach Without Bells And Whistles Can Be Most Effective

While perks like free meals, snacks, ping pong tables and happy hours can add a level of appeal and enjoyment to an organization’s work culture, they often miss the mark in actually supporting the health and wellbeing of employees. Cotter Cunningham, Founder and Chairman of RetailMeNot, shared his experience on building the mental health culture at RetailMeNot.

Did you know that regardless of how robust a company’s benefits are, it is the culture that ultimately reduces stigma and empowers employees to actually use those benefits without fear of retribution? Learn more.

“Too often when we talk about employee welfare, it’s that you do the things that are easy. So it's free chips, cookies, or free lunch as opposed to thinking about paid time off. Thinking about a realistic and good approach to mental health—that's harder... not just giving people time off, but also thinking about the things that would de-stress their lives and make it easier to return.”

Things like norms around responding to emails after working hours or making mental health resources easily accessible in a discreet way aren’t quite as marketable as free food, but are more effective in ensuring the mental health of employees.

“‘[At Johnson & Johnson’s TEDx stage], myself along with many other people had the privilege to tell their story. Mine happened to be about growing up with my bipolar mother and what that experience was like, to really humanize that for people and to open the dialogue in the workplace. And after that talk, it was like all of these employees came out of the shadows and wanted to do something. They felt a connection…[and] an opening for them to share about their own experiences with mental health. Based on that, our ERG the Mental Health Diplomats was formed and two years later, it has 1,000 employees across the globe in 30 chapters.” It has embarked on a range of activities, including awareness campaigns, connecting employees to resources, speaker forums, lunch and learns and more.

Mobilizing Care And Compassion Between Colleagues

Often, people are more comfortable talking to fellow coworkers about their day-to-day stressors. Google noticed this, and formalized the casual support happening between colleagues into its Blue Dot program. As part of this, Googlers can undergo light training to become a peer supporter, as indicated by a blue dot on their name badge.

Jessica DiVento, Psy.D., Mental Health Program Manager and Business Advisor at Google, shared more about the founding of the program. “At Google, somebody came and said we need a peer support system for mental health, which we didn't have at that time. Leadership has come on to support it, and it's grown pretty big and a lot of people have signed up and they can be listeners to peers in relation to mental health issues.

They also put a blue dot on their work badge to show that they're willing to listen, and it's kind of that nonverbal sign or signal that they're a safe person to talk to.”

In this way, Google leverages social support—a protective factor from workplace stressors—and also allows employees from diverse backgrounds to get support from others with similar experiences.

Many companies face challenges in ownership of who actually leads the effort for change internally. Vivek Bapat, Senior Vice President and Chief Strategy Officer of Marketing and Communications at SAP, shared his perspective.

“I feel like ultimately leaders are accountable. It's not the HR department. It's not D&I programs—it's none of that. When the top brass, the top executives of the company, basically are willing to talk about it and say it's important, then everything kind of falls into place.” Bapat shared how culture change at SAP is pioneered by top-level leadership of the company to create a psychologically safe environment for mental health conversations to happen. 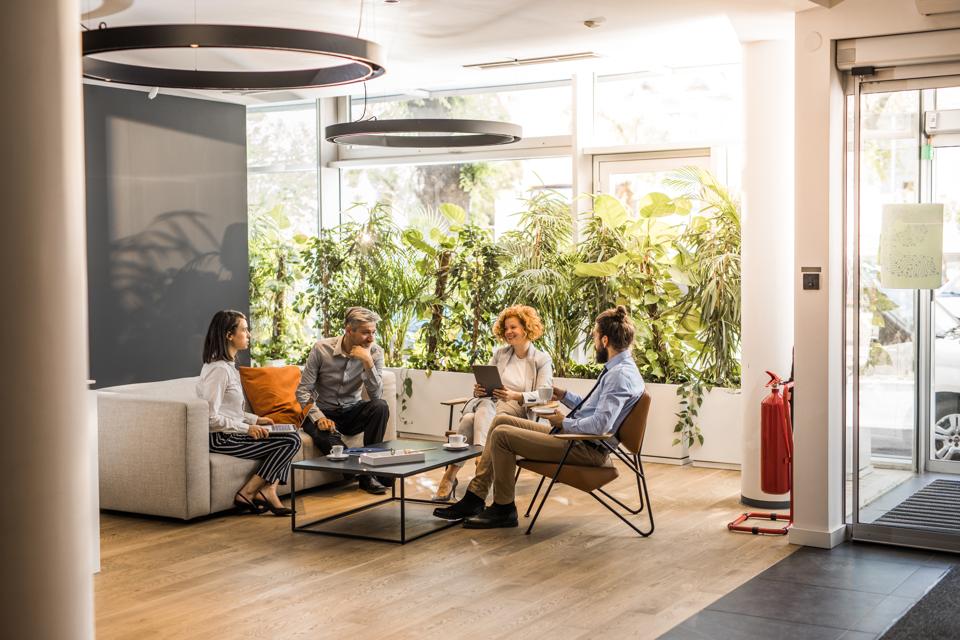 Ultimately, workplace mental health is not a benefits program—it’s culture change. A comprehensive, cross-functional effort with buy-in from executive leaders, HR and the company broadly, ensures that mental health stays a priority.

As leaders consider their own companies’ mental health strategies in the coming years, Cotter Cunningham from RetailMeNot offered his guidance: “In my opinion, I don't always love when we say ‘Well, it helps the business to..., or it increases profitability.’ I think we owe it to each other just to do the right thing. And so often, we don't. And we fail.”

Make your workplace mentally healthy in 2020

Bernie is a Senior Associate at Mind Share Partners. He focuses primarily on organization programming, marketing, and design. ​Prior to Mind Share Partners, Bernie was an Associate at HopeLab, a human-centered design consulting nonprofit, where he developed evidence-based products and solutions to support mental health and wellbeing.

Bernie has also worked in freelance visual design, in education at Stanford as a Head Teaching Assistant, and in editorial work and academic research. Bernie also sits on the board of the Gay Asian Pacific Alliance (GAPA) Foundation, a grassroots philanthropic organization that provides funds and leverages resources to empower Asian/Pacific Islander LGBTQ students, organizations, and communities.​

Bernie holds a Master of Health Science in Mental Health from the Johns Hopkins Bloomberg School of Public Health and a B.A. in Psychology and Sociology from UC Berkeley.

The Indian Community Is Grappling With Our Mental Health, And We Desperately Need Help

Ready to create culture change in your organization?

Mind Share Partners offers training and advising services to equip leaders, managers, teams, and organizations with concrete skills to create a safe and supportive culture for mental health at work.

Connect with us to learn more.