Working aged men account for the largest number of suicide deaths in the U.S., and they’re the least likely to receive any kind of support. In Mind Share Partners’ Mental Health at Work 2019 Report, women were nearly 40% more likely to have gotten a diagnosis or treatment.

Times are changing. In a recent interview with Men’s Health magazine, Patriot Act host Hasan Minhaj shared, “Now you have guys like Kevin Love talking about mental health. You watch LeBron meditating and focusing on his breathing on the sidelines. Charlamagne tha God speaking out. Politicians are talking about mental health. All these guys are guys who are functioning at a high level.” And organizations like Movember—a nonprofit raising awareness around men’s health issues such as prostate cancer, testicular cancer, and men's mental health—are leveraging a “Trojan Horse” approach where they tackle serious men’s health topics through humor, levity, and empowerment.

Ready to let employees know you support their mental health, but don't know where to start? Our one hour "Lunch and Learn" breaks stigma by busting myths and provides actionable takeaways for every employee. Learn more.

With growing awareness of the unique challenges that men—and other communities—face when it comes to mental health and stigma, a few leaders are approaching and “rebranding” men’s mental health in unique, creative and impactful ways.

The Bathroom Poster—Destigmatizing Mental Health Through Humor And Design

Grit Digital Health created the viral campaign and online resource center for mental health and suicide prevention, ManTherapy.org. We spoke to Nathaan Demers, Psy.D, vice-president and director of clinical programs, who shed light on how humor and engaging design is able to reach often hard-to-reach populations like veterans and active military.

In one story, Demers describes: “Someone at a National Guard Base saw a Man Therapy poster headline that said ‘Give your mind the same attention you give your penis’ placed appropriately above a urinal. He turned to his colonel, they had a laugh about it, and then started talking about mental health. In the end, they actually brought that conversation to the whole base and had an amazing working conversation about how they can support the mental health of their entire crew as a result of just seeing that simple poster.”

One of Man Therapy’s most popular features is a 20-question assessment that screens for behavioral health and suicide risk—what they’ve branded a Head Inspection. In Facebook’s feature case study with Man Therapy, 50% of users who saw a Man Therapy ad took action on their site—and half of these completed the Head Inspection, with over 300,000 being completed to date. With the growth of mental health awareness comes a need to segment and meet the unique needs of populations like men and other communities.

Embracing The ‘Ands’ In The Changing Landscape of Masculinity

We also spoke with cofounder and CEO, Andy Katz-Mayfield, of Harry’s—a men’s care brand. Through a diverse portfolio of charitable contributions, Harry’s takes an active approach to their philosophy around men’s health. “At Harry’s, we don’t believe that there’s only one way to define masculinity.” Katz-Mayfield explains. “It’s something that’s ultimately up to each man to decide for himself. We’re big advocates of embracing the ‘ands,’ meaning, for example, that men can be both powerful and sensitive, bold and nurturing, and self-assured and open.” 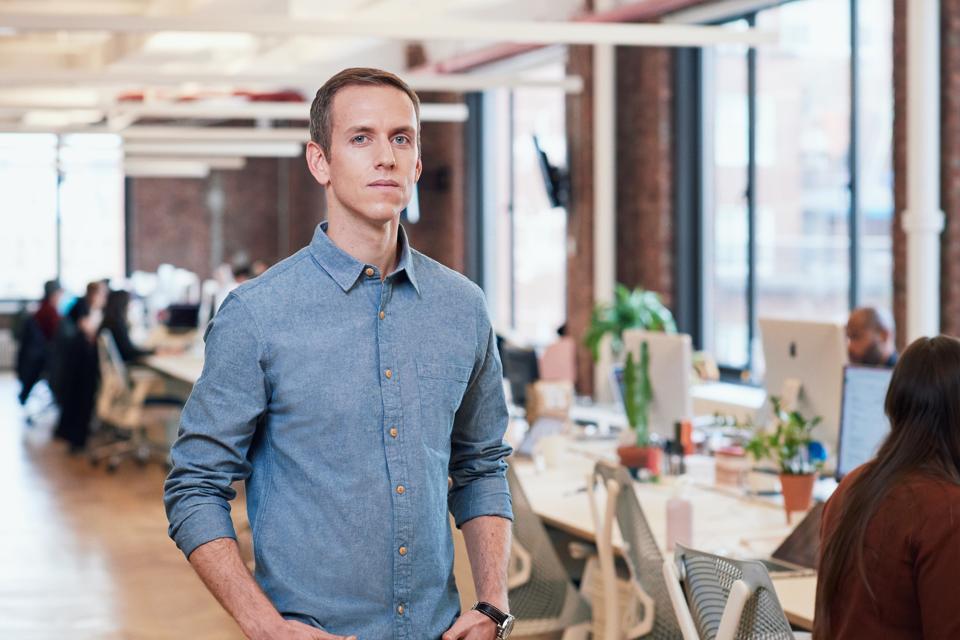 Harry’s has donated over $2.4M to men’s mental health organizations, with the goal of reaching 500,000 men by 2021. Katz-Mayfield shared, “To support the movement more broadly, we work with eight nonprofit partners in total to reach as many specific communities including Veterans, the LGBTQ+ community and young men, all of whom are at greater risk of issues related to mental health. This year, we opened up a volunteer opportunity for employees to sign up to be crisis counselors with Crisis Text Line and The Trevor Project. We now have 10 team members that completed the 30+ hour training and are already taking on texts and calls from those who are in crisis.”

“Since mental health struggles disproportionately impact men, we knew that supporting this cause had the potential to positively impact the lives of thousands of men in a real way,” Katz-Mayfield says.

In an increasingly diverse world, it’s important to understand the unique experiences of mental health within the male population. We spoke with Zander Keig, a trans, Mexican-American veteran and licensed clinical social worker, to get his insights as a mental health care provider at the intersection of multiple identities.

Learn how to support mental health through diversity, equity, and inclusion initiatives. Learn about the link between mental health and DEI.

Keig shared that when one of his colleagues—another trans man—sought care, he was told by his therapist —who was female—to “man up.” Despite growing up female, his colleague’s transition was still met with common stereotypes faced by men. While trans individuals are twice as likely to experience mental health symptoms compared to cisgender respondents based on Mind Share Partners’ survey, 50% of trans individuals report having to teach their medical providers about transgender care—19% were refused care entirely.

For active military and veterans—who face rates of depression five times more often, and PTSD fifteen times more than civilians—the availability of resources doesn’t always mean they are utilized. “The Veterans Health Administration and the Department of Defense both offer extensive behavioral health services,” Keig explains, “But there is the same issue with stigma—that needing services implies weakness, yet seeking services denotes strength.”

With growing awareness and knowledge about men’s mental health and conversations about diversity broadly, there are increasingly nuanced and complex social and cultural dynamics that complicate the issue. Simultaneously, however, leaders like Movember, Grit Digital Health, and Harry’s are stepping in to lead that change. As Katz-Mayfield suggests, “In terms of mental health, the sooner society embraces the ‘ands,’ the faster we’ll destigmatize the conversation around men’s mental health, and be able to reach and help the men who need support the most.”

Bernie is a Senior Associate at Mind Share Partners. He focuses primarily on organization programming, marketing, and design. ​Prior to Mind Share Partners, Bernie was an Associate at HopeLab, a human-centered design consulting nonprofit, where he developed evidence-based products and solutions to support mental health and wellbeing.

Bernie has also worked in freelance visual design, in education at Stanford as a Head Teaching Assistant, and in editorial work and academic research. Bernie also sits on the board of the Gay Asian Pacific Alliance (GAPA) Foundation, a grassroots philanthropic organization that provides funds and leverages resources to empower Asian/Pacific Islander LGBTQ students, organizations, and communities.​

Bernie holds a Master of Health Science in Mental Health from the Johns Hopkins Bloomberg School of Public Health and a B.A. in Psychology and Sociology from UC Berkeley.

The Indian Community Is Grappling With Our Mental Health, And We Desperately Need Help

Ready to create culture change in your organization?

Mind Share Partners offers training and advising services to equip leaders, managers, teams, and organizations with concrete skills to create a safe and supportive culture for mental health at work.

Connect with us to learn more.